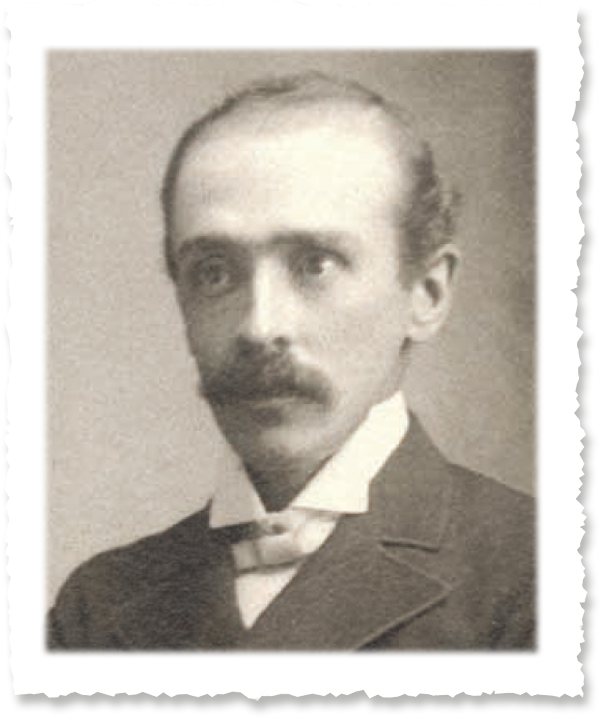 In a small backroom at his family home on Arago Street in Quebec City, Francois Leclerc baked his very first cookies. His ingredients of choice? Determination, respect and pride – added to a tried-and-true jelly cookie recipe belonging to his wife, Zelia. And so, each and every morning, his customers enjoyed eating fresh cookies.

The first logo used by François Leclerc, cookie manufacturer. These large-format labels were pasted onto wooden boxes upon delivery. 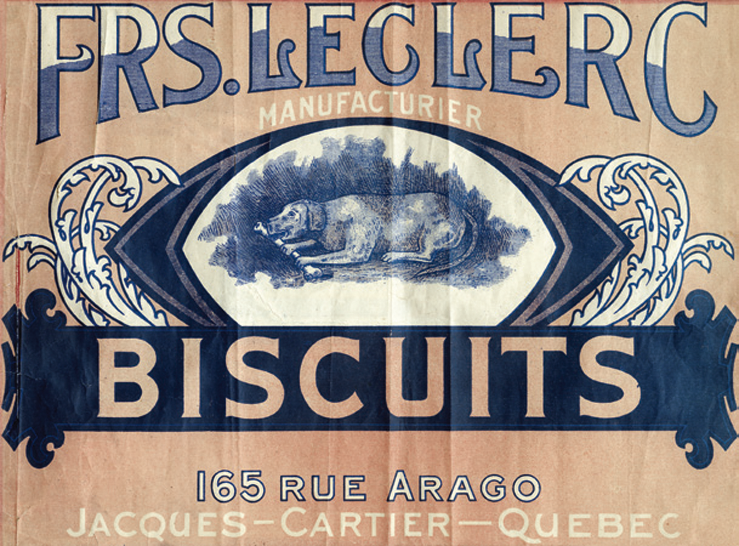 The cookie shop now thrives in its bustling community and soon, a second generation of Leclercs joins the ranks of those who not only know how to highlight special occasions, but also know just what to make to celebrate them.

After renovating his home in 1917, François changed the company logo. From now on it showed the house at 165, Arago St. East. 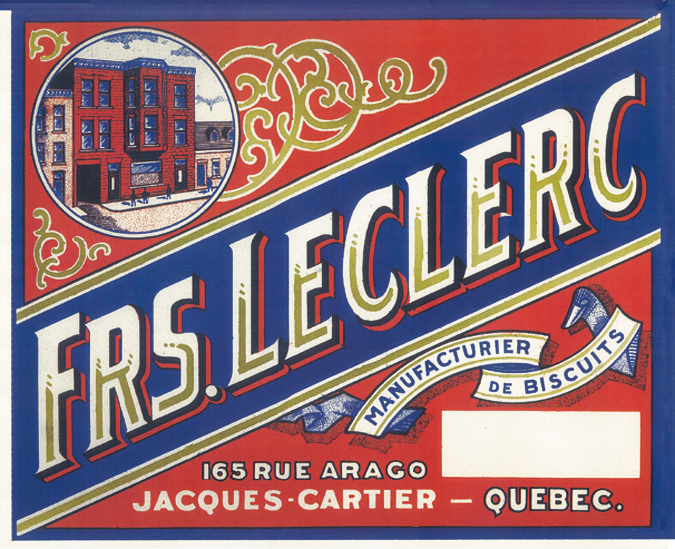 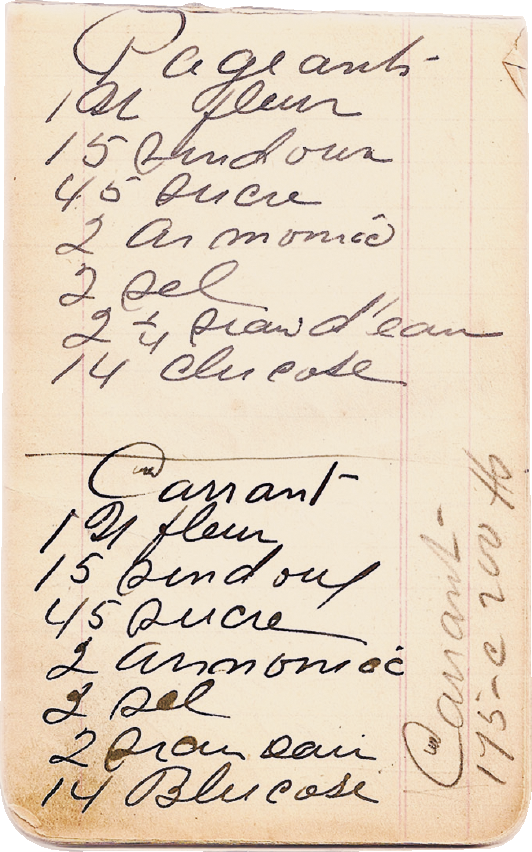 Recipes for popular cookies, handwritten by François. If Social Teas, Jelly Sponge and Maple Leaf cookies are top-sellers, it’s because of Leclercs’s winning formula: its founder François Leclerc’s beloved recipes. We still believe, and always will, that simple and tasty ingredients will create a great flavour experience in every bite.

A fire completely destroys the original building on Arago Street, but the family’s heart is still in it and they decide to continue with their cookie-making venture. They set up shop on Saint-Vallier Street in Quebec City, where roughly twenty employees would manufacture nearly 40 kinds of cookies for many years to come. 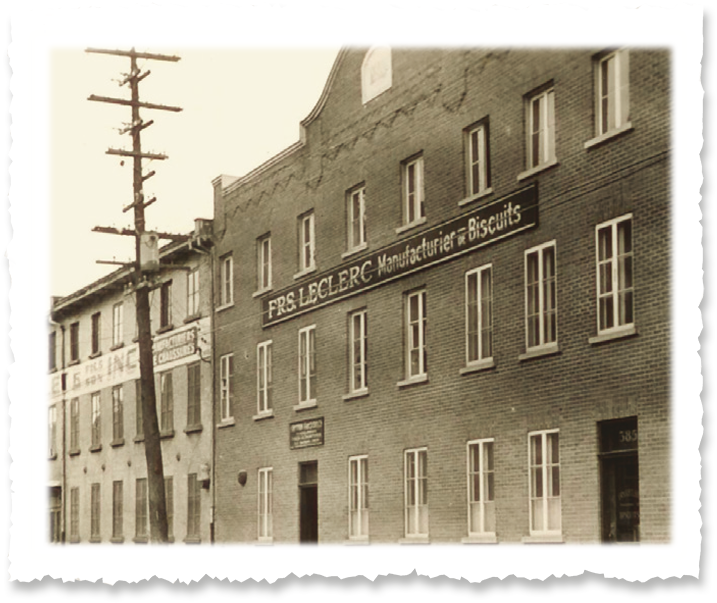 The War slows production, as certain ingredients become scarce. But the business stays afloat and still manages to produce 26 kinds of cookies. A third generation of Leclercs soon comes on board and the company takes a new turn.

An advertising poster from 1935. Jelly cookies were a company specialty and always a great favourite. 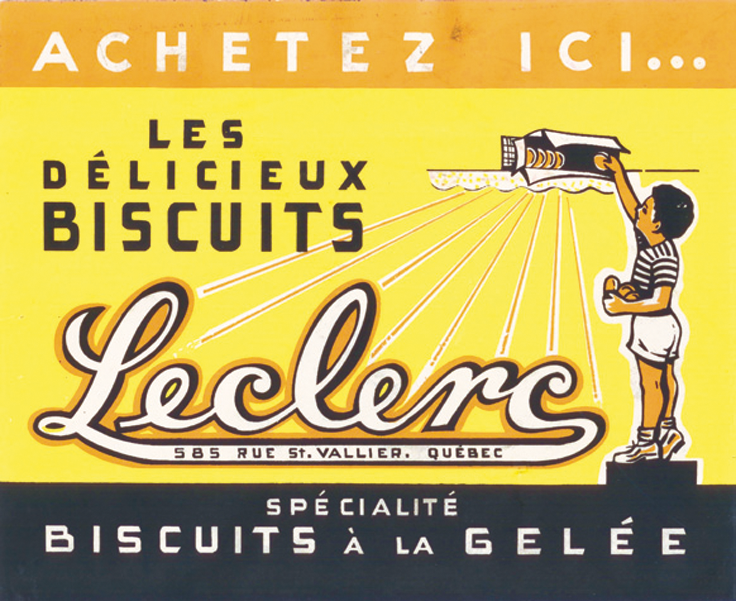 The third generation puts some muscle into the operation or, if you will, turns up the heat in the kitchen. Under Jean-Robert Leclerc’s leadership, the company experiences its most radical growth despite the tumultuous economic climate of the day. 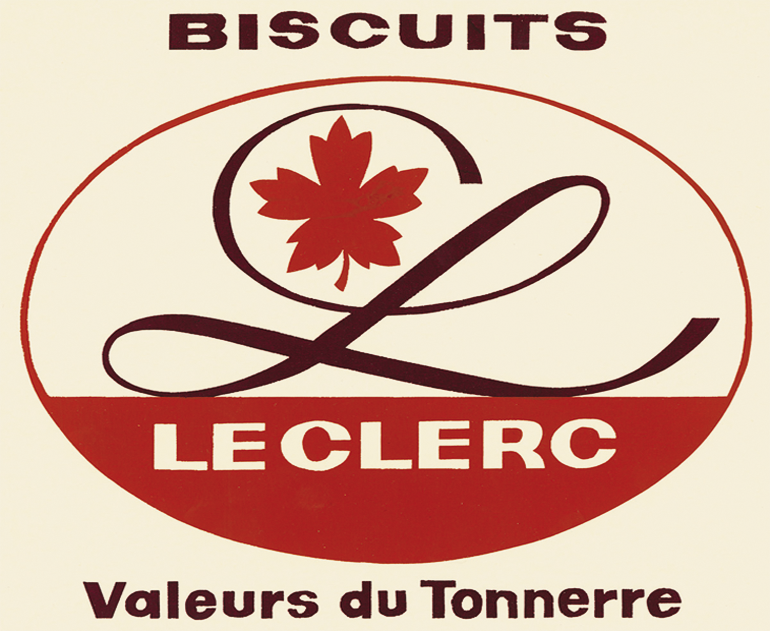 People love the Leclerc company because it has always kept up with the times and has become a part of people’s special occasions. For its 60ᵗʰ Anniversary, the company celebrates by thanking its clientele with a deluge of popular cookies at unbeatably low prices.

In this logo from 1972, it isn’t the price of the cookies that leaves customers thunderstruck, but their taste! 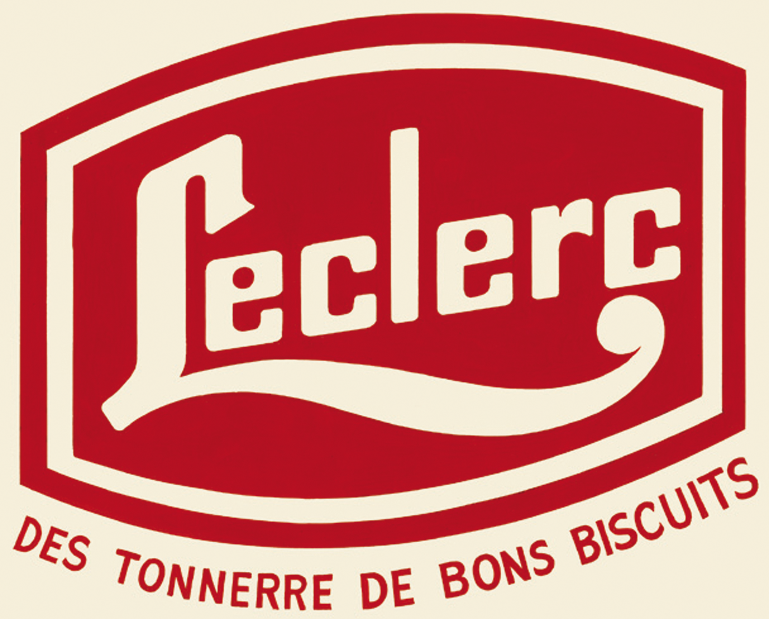 The 75ᵗʰ Anniversary is commemorated by a new corporate identity – the red heart – as the cookie story in our hearts takes the forefront, and keeps getting better. The only family cookie company based in Quebec to make a million and a half cookies annually – specifically, over 70 varieties made by 40 or so employees. 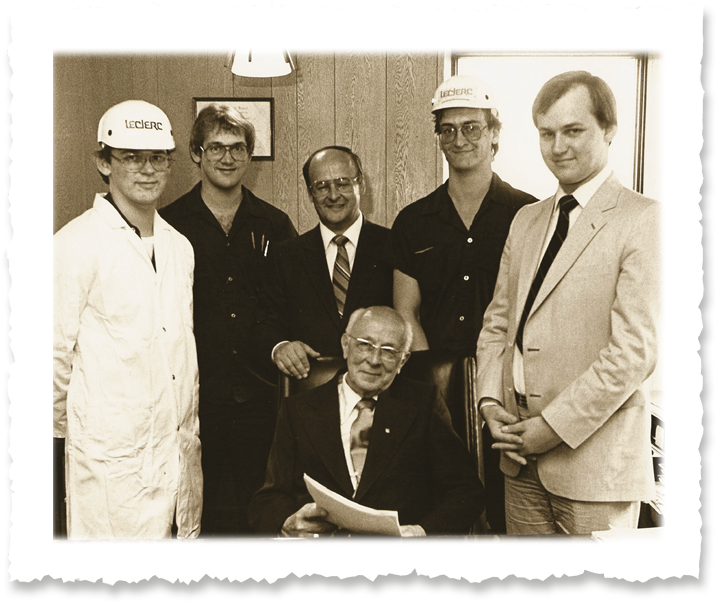 As Quebec becomes “Complètement biscuit!” (our 1983 slogan), the company must build another facility to keep up with the demand. Now it’s the fourth generation’s turn to jump on board in Saint-Augustin-de-Desmaures, where the wafer cookie and an entirely new product category, snack bars, go into production.

The famous red heart was introduced to mark the company’s 75ᵗʰ anniversary, and is still its trademark today. 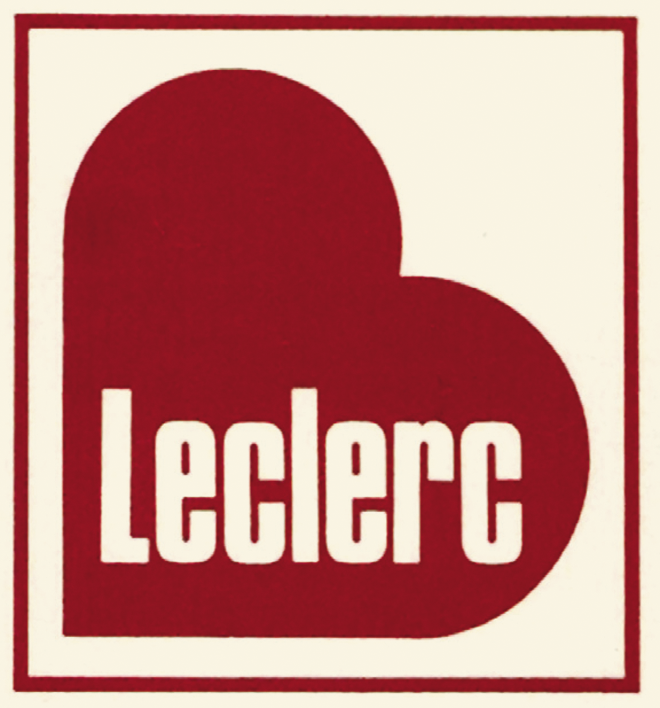 Studies show clear links between consuming certain types of fats and heart disease. Leclerc quickly begins to steer the company toward wellness. Developing products that are certified trans fat-free becomes a top priority, since the well-being of the clientele has always been a major concern.

Hard work earns its just rewards, and great flavour is always in demand: the Praeventia line of products brings home the Canadian Grand Prize for New Products, which celebrates excellence and innovation in the food distribution industry. Meanwhile, the Celebration line of cookies – the most delicious cookies we know of – quickly become today’s families’ favourite cookies. 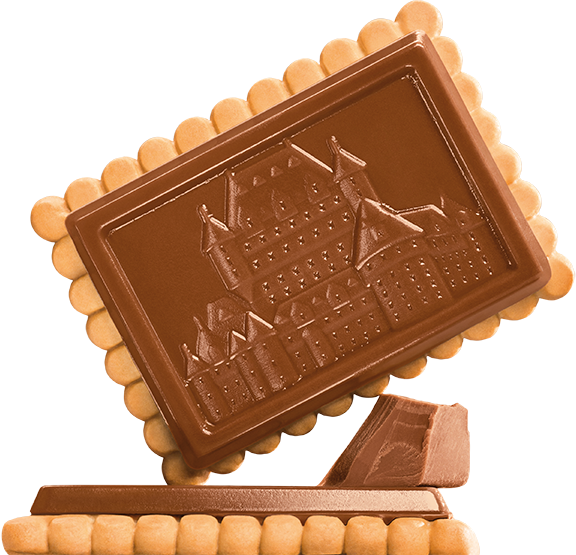 The new logo, created in 2003, highlights the company’s longevity, while retaining the heart symbol as the dominant feature of the Leclerc brand image.

The company’s founder would have every reason to be proud of the developments at Leclerc. Always conscious of terrific taste, today the company endeavours to become a trusted partner when it comes to health. The creation of the Leclerc Laboratory of Health and Wellness allows us to work on this goal every single day. This is where our experts develop products that taste so good, we forget they are good for us! 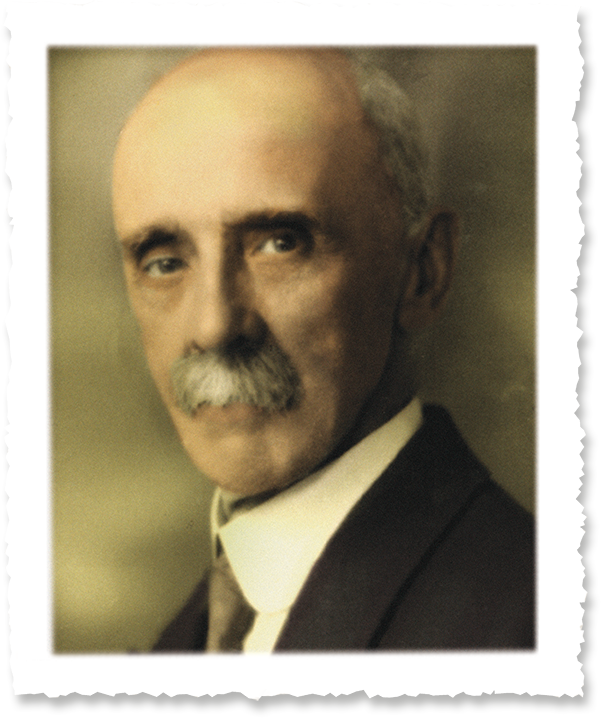 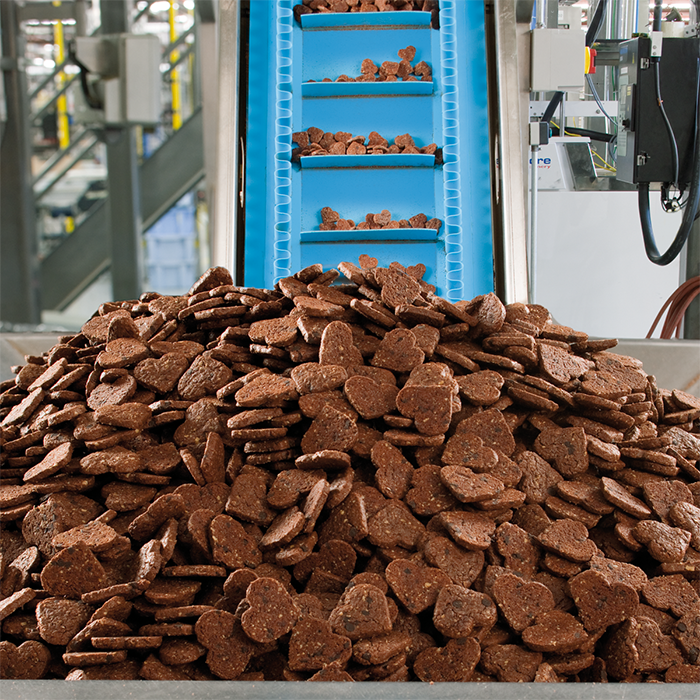 François Leclerc successfully passed on his passion for cookie-making, which, considering how generous and inviting it was, could only have come from the heart. We’re willing to bet that the fifth generation will, in very short order, find fresh new ways to excite our taste buds…

You are now subscribed to our newsletter.

An error occurred during the subscription.